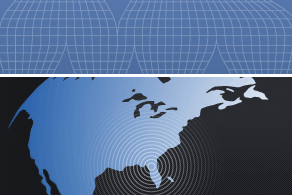 MAY 10, 2010 IS THE DEADLINE TO SUBMIT YOUR REBATE APPLICATION.

ANYONE HAVING PURCHASED A QUALIFYING ENERGY STAR APPLIANCE

IS ENCOURAGED TO COMPLETE AND MAIL IN AN APPLICATION.

“The ENERGY STAR Appliance Rebate Program has been a tremendous success, and the Sunshine State received a triple benefit from the purchases made by Florida consumers – consumers win, our environment wins and our economy wins,” Governor Crist said. “By participating in the rebate program, consumers save money on their purchases and, in the future, on their energy and water bills. Their participation also boosted our economy and will help protect and preserve our beautiful state for generations to come.”

Qualifying appliances included refrigerators, freezers, clothes washers, dishwashers, gas water heaters (tank-less), and room air conditioners, and applicants could qualify to receive up to $1,500 per household. The rebates of 20 percent of the retail price, plus a $75-bonus for recycling the old appliance, will be issued in the form of a prepaid card.

Administered by the Florida Energy and Climate Commission and the Governor’s Energy Office, the rebate program is made possible by a grant from the federal American Recovery and Reinvestment Act and Florida legislation signed by Governor Crist in 2009. Administrative costs for the program were kept to a low $70,000, allowing 99.6 percent of the funds to be issued to consumers as rebates.

If you are looking for places to stay in Tallahassee during the Climate Summit, check out the popular properties here:

booked.net uses cookies that are strictly necessary for its functioning. We do not collect analytical and marketing cookies.OK