Search among 17 available hotels with Airport Shuttle from 50+ providers 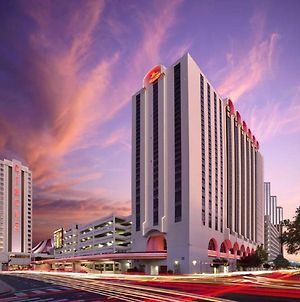 Circus Circus RenoResort
View on map400 yd from City Center500 yd from Reno - Eldorado Hotel Casino
Thanks to the hotel's beautiful location, guests here can admire views of the mountain or spend their time discovering the downtown area.
7.6
Very good545545 reviews
From   US$ 39 /nightSelect
Not available 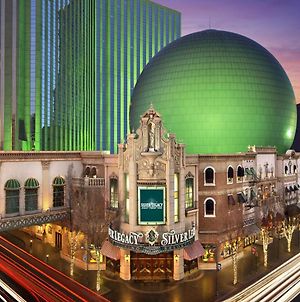 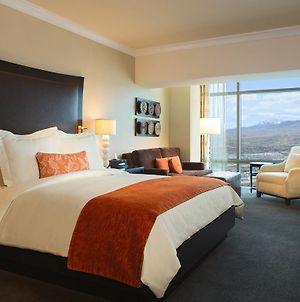 Atlantis Casino Resort SpaResort
3.0 mi from City Center1100 yd from Reno-Sparks Convention Center
This intimate accommodation features an indoor pool and offers a spa area, a Jacuzzi and a sauna in Reno/Tahoe Airport district.
7.2
Very good496496 reviews
From   US$ 82 /nightSelect
Not available 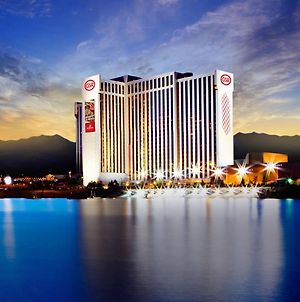 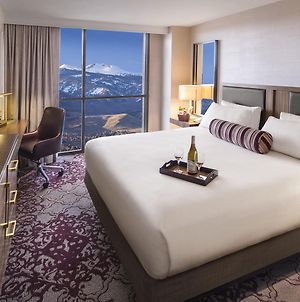 Eldorado Hotel CasinoResort
100 yd from City Center100 yd from Reno - Eldorado Hotel Casino
Boasting an exceptional view, the hotel is settled in the heart of the city and offers a 24-hour bar plus a spa centre, a Jacuzzi and a whirlpool tub onsite.
7.8
Very good166166 reviews
From   US$ 49 /nightSelect
Not available 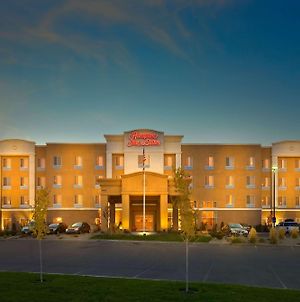 Hampton Inn & Suites RenoHotel
7.7 mi from City Center1100 yd from Galena Creek Park
The hotel dates back to 2006, it is conveniently set in a south area and boasts non-smoking rooms along with a private swimming pool.
8.2
Great3838 reviews
From   US$ 127 /nightSelect
Not available 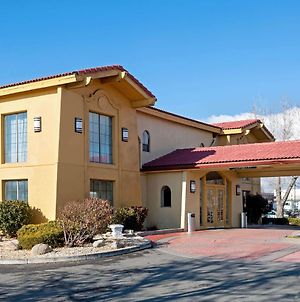 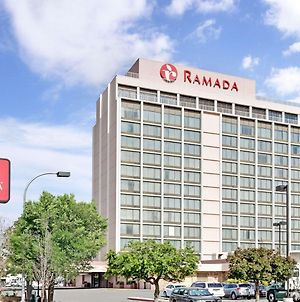 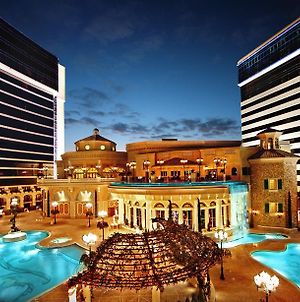 Peppermill Resort Spa CasinoResort
2.3 mi from City Center1600 yd from Washoe County Golf Course
Constructed in 1985 year, the hotel's building is a reminder of a traditional style, located just off The Point.
7.6
Very good355355 reviews
From   US$ 96 /nightSelect
Not available 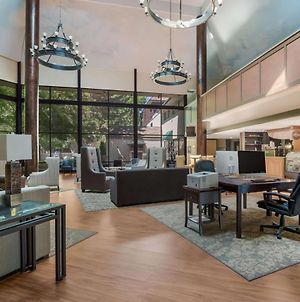 Surestay Plus Hotel By Best Western Reno AirportHotel
2.4 mi from City Center1.2 mi from Reno VA Medical Center
Featuring a seasonal pool along with a stunning view of the valley, the hotel boasts location in a shopping area.
8.0
Great341341 reviews
From   US$ 100 /nightSelect
Not available 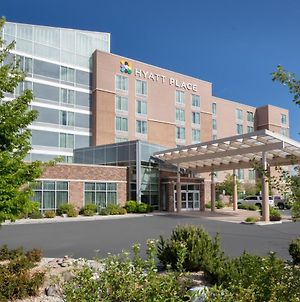 Hyatt Place Reno Tahoe AirportHotel
2.5 mi from City Center300 yd from Reno Tahoe Intl Airport
The hotel lies not far away from National Bowling Stadium and offers a poolside restaurant and an indoor swimming pool onsite.
8.8
Great2020 reviews
From   US$ 143 /nightSelect
Not available 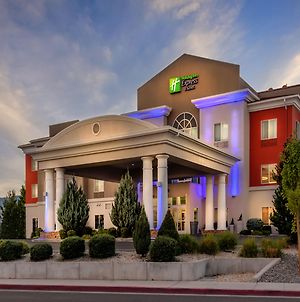 Holiday Inn Express Reno Airport, An Ihg HotelHotel
2.0 mi from City Center1600 yd from Reno VA Medical Center
In the vicinity of this pleasant there is Reno-Sparks Convention Center and guests can also discover the busy area.
9.2
Perfect1010 reviews
From   US$ 90 /nightSelect
Not available 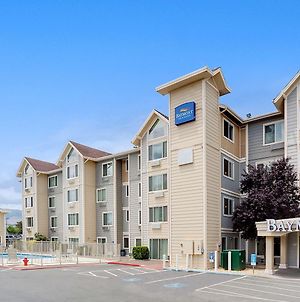 Baymont By Wyndham RenoHotel
1.6 mi from City Center1300 yd from Reno VA Medical Center
Located close to The Point, the hotel has 114 rooms, and boasts access to a motorway.
7.2
Very good121121 reviews
From   US$ 63 /nightSelect
Not available 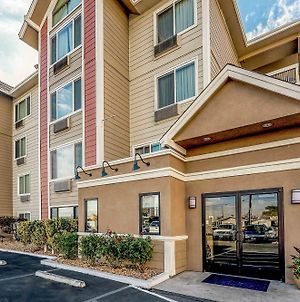 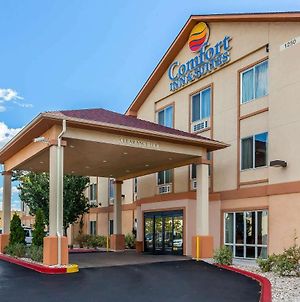 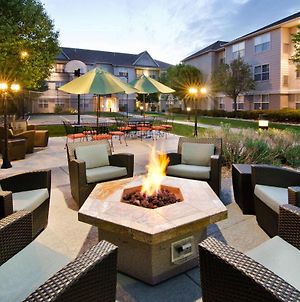 Sonesta Es Suites RenoHotel
6.8 mi from City Center1.3 mi from Galena Creek Park
Located in the business district of Reno, the venue features a heated swimming pool together with a water slide and a hot tub.
8.6
Great2929 reviews
From   US$ 103 /nightSelect
Not available 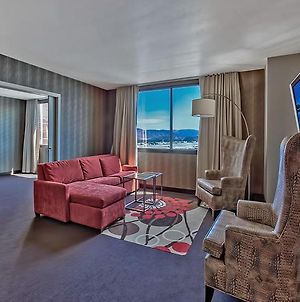 Gsr Deluxe Parlor Suite - 2 Bedroom - Very Large - Sleeps 8Hotel
2.0 mi from City Center800 yd from Ballantine's Ballroom and School
The hotel guests can cool off in an indoor swimming pool or use a wellness center, a spa area and a Jacuzzi to feel pure relaxation.
Select
Not available
Saved
Save

Where to stay in Reno?

For a budget-conscious traveler to Reno there are 14 options for consideration, including Surestay Plus Hotel By Best Western Reno Airport and Days Inn By Wyndham Reno South.

To stay near Reno train station, look into Travelodge Reno, which puts you within a short walk of it.

To see the city center of Reno, book a hotel within easy walking distance of this area, such as the 3-star Sands Regency Casino Hotel Reno situated a 5-minute stroll away. Plaza On The River is about 1750 feet from the city center and offers free self-parking, a tennis court and tubing.

If you're traveling to Reno for pleasure and want to stay in the center, book a hotel next to Casino at Siena Hotel Spa, such as Harrah'S Reno. Travelers visiting the city for Nevada Fine Arts will find hotels within walking distance from it, including Legacy Vacation Club Reno and Motel 6 Reno - Virginia Plumb.

Luxury and boutique accommodation in Reno

Luxury seekers might opt for a stay at Atlantis Casino Resort Spa, a 4-star hotel with a casino, a health club and an outdoor heated swimming pool. For travelers who enjoy glamor and style, a hotel such as Silver Legacy Resort Casino near Eldorado Hotel and Casino is a perfect choice. The 3-star Circus Circus Reno is an excellent chain hotel featuring a casino, a golf course and hiking.

Reno is a prototype of Las Vegas.

It’s no less vibrant with the noise from the slot machines, games of poker played in the casino and pulsating nightlife, but Reno is smaller than Las Vegas. This peculiarity earned the city the reputation of the "biggest little city in the world".

You can immerse yourself in an atmosphere of total fun in Reno at a very affordable price at Booked.net. Be it a room in cheap hotel in Reno to luxury offers all available at our website. You can check them out with maps, photos and secure forms.

While all casinos can be found downtown, parties in Reno are held everywhere. For instance, one of the most famous, the Burning Man Festival takes place at the Black Rock City, in Reno’s neighborhood. Despite its size, Reno specializes in mass entertainment.

If you feel that Reno is too small for you, you should change scenery to neighboring Lake Tahoe with its world-class ski opportunities and Truckee River Whitewater Park. But you are going to come back to Reno for its cultural vibe.

- Nevada Museum of Art, designed by Will Bruder in 2003 and now houses national and international exhibits

- California Avenue, a location for small shops and restaurants

- Victorian Square, the center of downtown Sparks with casinos, restaurants

- Idlewild Park, a place to stroll from downtown along Riverside Drive

The town of Reno was established as a past of Charles Fuller’s business. He constructed a bridge across the Truckee River to Virginia City where gold was found. The businessmen charged a fee to cross the bridge, but provided gold-seekers with a house to rest their head. In addition, when the railroad arrived in Nevada, Reno was officially established. Reno grew rapidly thanks to its riverside location that played a vital role to farmland east of Reno.

With the times Reno abandoned agriculture to sustain itself through gambling. As a result it earned the reputation of "Sin City" for the illegal gambling, and easy divorces. The first high-rise to combine hotel and casino arrived to the city under the name of Mapes Hotel in 1947. Since then hotel business and service-based economy has contributed to the lion’s share to the city’s budget. Today you can stay in any hotel in Reno with Booked.net.