Search among 6 available hotels with Airport Shuttle from 50+ providers Doubletree By Hilton EvansvilleHotel
View on map300 yd from City Center200 yd from The Centre
Boasting a swimming pool and an à la carte restaurant, this stylish hotel is located within 9 minutes' stroll from Reitz Home Museum, 900 feet away from Children's Museum of Evansville.
8.2
Great1313 reviews
From   US$ 135 /nightSelect
Not available 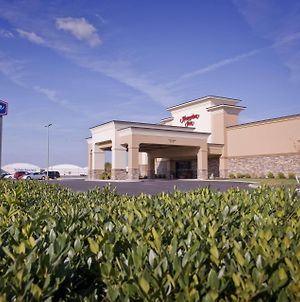 Hampton Inn Evansville/AirportHotel
View on map4.5 mi from City Center1.1 mi from Evansville Regional Airport
This hotel is 4 miles from Evansville Wartime Museum and features a heated swimming pool, a picnic area and a golf course, along with an snack bar on site.
6.4
Nice44 reviews
From   US$ 104 /nightSelect
Not available 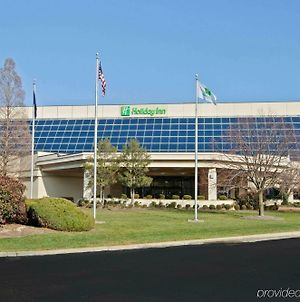 Holiday Inn Evansville AirportHotel
5.1 mi from City Center1300 yd from Evansville Regional Airport
This hotel in an business area of Evansville has an lounge bar and offers a Jacuzzi and an indoor pool.
7.4
Very good1616 reviews
From   US$ 84 /nightSelect
Not available 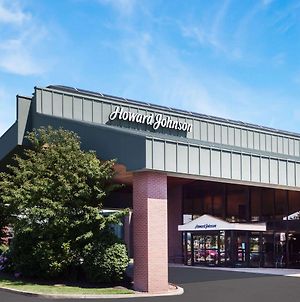 Howard Johnson By Wyndham Evansville EastHotel
4.2 mi from City Center400 yd from Eastland Mall
At this non-smoking hotel guests can use an outdoor pool, entertainment facilities and various recreational opportunities or spend the day lazing by a seasonal outdoor pool.
8.2
Great7373 reviews
From   US$ 68 /nightSelect
Not available 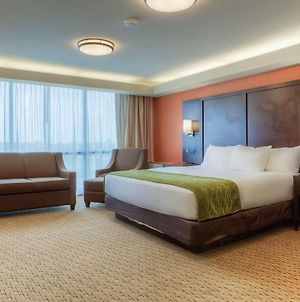 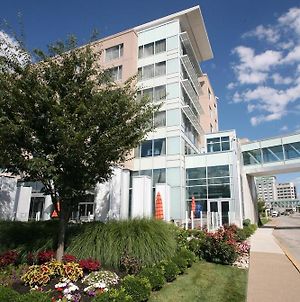 Le Merigot HotelHotel
1400 yd from City Center200 yd from Casino Aztar
A nightclub, a casino and entertainment activities are offered to guests of the perfect hotel located in the heart of Evansville.
8.4
Great2828 reviews
From   US$ 89 /nightSelect
Not available
Saved
Save

Where to stay in Evansville?

This cultural center contains a theater, a museum and a gallery and offers to stay at Hyatt Place Evansville or Doubletree By Hilton Evansville, making it a great place to spend the day exploring Evansville.

Luxury and boutique accommodation in Evansville

Country Inn & Suites By Radisson, Evansville, In and Comfort Inn & Suites Evansville Airport are some of the great boutique hotels near Neu Chapel in Evansville. If you are used to the comfort and style of chain hotels, pick Howard Johnson Evansville East, which is also a 20-minute walk away from Wesselman Woods Nature Center.

Sunset Towers is a cozy B&B that will put you only a 30-minute walk from Saint Benedict Cathedral. If you're planning to visit Evansville with your family, take into account popular Baymont By Wyndham Evansville North/Haubstadt and Fairfield Inn Evansville West. For a relaxing vacation, reserve a resort hotel near Itt Technical Institute, such as Residence Inn Evansville East or Hilton Garden Inn Evansville.

Age means experience, but not boredom in Evansville.

Archaeological digs date back to 1100AD, but Evansville is world away from being stuck in the past, it is also about fun with its 15 up-class golf courses and riverboat casino surrounded with a cluster of restaurants, shops and hotels.

Evansville has abundance of opportunities to offer you on your stay. It can be a luxury-packed room or a cheap one in the Evansville hotels that are already available at Booked.net. You should check out hotel offers with maps, photos and secure forms before you book your stay.

If you are in Evansville just to indulge in fun then start in the city's core – downtown. This area is a cluster of significant buildings and impressive vistas. Just imagine you are strolling along ornate facades of Reitz Home Museum and Willard Library both standing tall against the small, but impressive Sailors Memorial Coliseum.

Touring downtown go through its cultural density until the very end and you will find more than 30 exquisite shops and upscale restaurants to tantalize your taste buds with delicious regional cuisine.

Captivated by fun opportunities, you should stop for a while to turn your focus to the Evansville of past days. Everything there started from a simple purchase the Colonel Hugh McGary completed. He invested his money into 200 acres of land on advice of the General Robert Evans who later would lift this small city to the prominence as the seat of Vanderburgh County. Later years brought economical prosperity when the city of Evansville learned to earn money on steamboat exchanges.

Despite earning big money, Evansville saw its share of tragedy. First, the depression of 1824–1829 then an epidemic of milk sickness came and the story would have a sad end if Dr. William Trafton, an Evansville physician hadn't found a cure for the disease.

The first features of recovery began with the railroad in 1853. It intensified communication and trade in the city and by 1890 more than 50,000 people lived in Evansville, while in 1847 only 4,000 residents had settled the area.

Today Evansville continues to expand and in 2004 its economic growth won the "All-America City" award by the National Civic League. You should compare what Evansville was in the past with its modern feel. Booked.net can organize your trip to Evansville with a few clicks.