Search among 16 available hotels with Airport Shuttle from 50+ providers 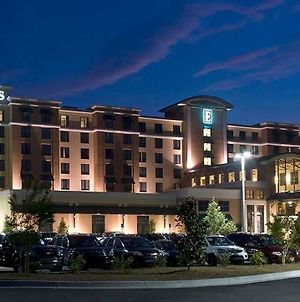 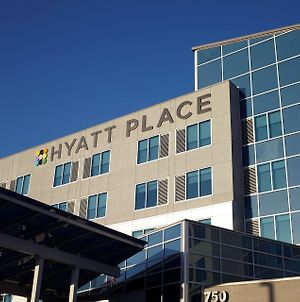 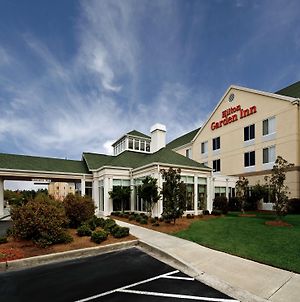 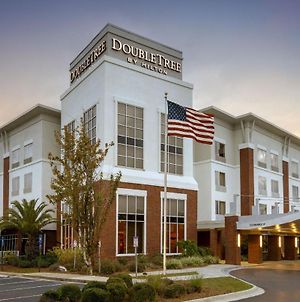 Doubletree By Hilton Savannah AirportHotel
8.6 mi from City Center600 yd from Savannah International Airport (SAV)
This hotel features a shared lounge, a swimming pool and a golf course on site, boasting an privileged location in Pooler district close to a train station.
9.0
Perfect7676 reviews
From   US$ 169 /nightSelect
Not available 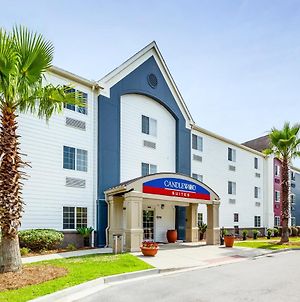 Candlewood Suites Savannah AirportHotel
9.0 mi from City Center1100 yd from Savannah International Airport (SAV)
Offering a swimming pool, a sun terrace, an outdoor pool and a golf course, this residential venue is located only 300 feet from Pooler Stadium Cinemas 12.
8.4
Great2424 reviews
From   US$ 167 /nightSelect
Not available 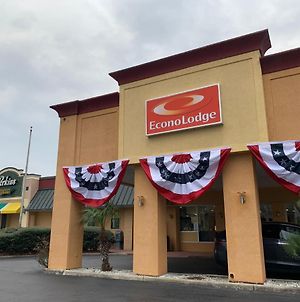 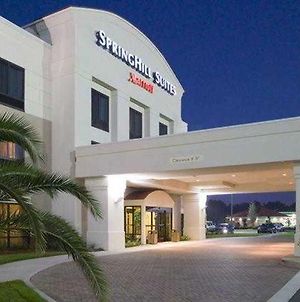 Springhill Suites Savannah AirportHotel
8.8 mi from City Center800 yd from Savannah International Airport (SAV)
Set in Pooler district, the hotel boasts a swimming pool along with a hot tub and an indoor pool on-site.
7.8
Very good1818 reviews
From   US$ 129 /nightSelect
Not available 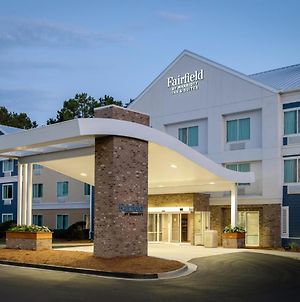 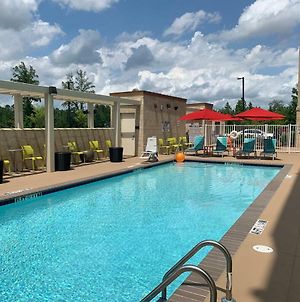 Home2 Suites By Hilton Savannah AirportHotel
9.9 mi from City Center1.4 mi from Savannah International Airport (SAV)
Just 0.7 miles from Frames n' Games, the hotel has a sea water pool, a picnic area and various recreational opportunities along with an snack bar.
7.6
Very good3434 reviews
From   US$ 189 /nightSelect
Not available 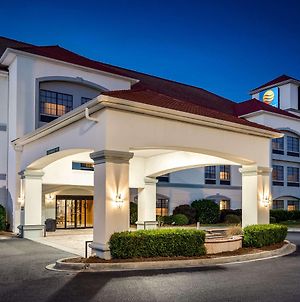 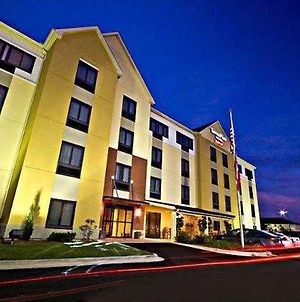 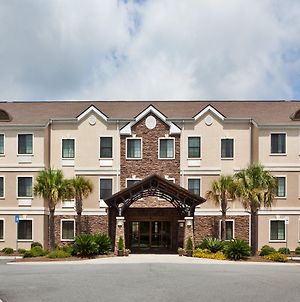 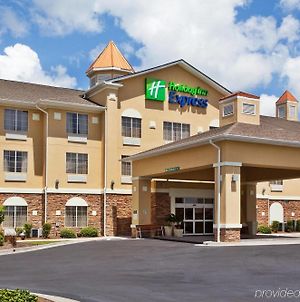 Holiday Inn Express Savannah AirportHotel
8.7 mi from City Center700 yd from Savannah International Airport (SAV)
The property boasts an indoor swimming pool, a golf course and entertainment facilities on site and guests can laze by an indoor pool.
6.4
Nice
From   US$ 76 /nightSelect
Not available 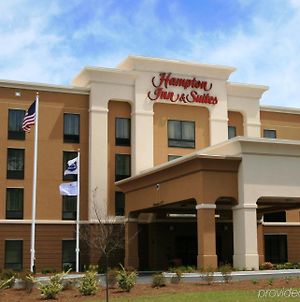 Hampton Inn And Suites Savannah-AirportHotel
9.0 mi from City Center1000 yd from Savannah International Airport (SAV)
This smoke-free hotel with the outdoor swimming pool is about 10 minutes' drive from Royal Cinema.
8.4
Great77 reviews
From   US$ 114 /nightSelect
Not available 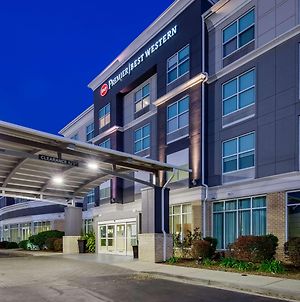 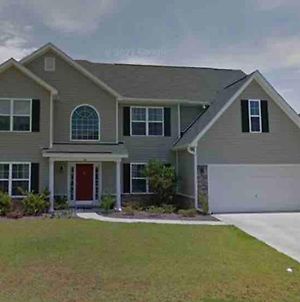 Family Huddle!Villa
11.6 mi from City Center
Rincon First Christian Church is 2.4 miles from this villa that offers 5 bedrooms along with an equipped kitchenette area.
Select
Not available
Saved
Save

Where to stay in Savannah?

For budget hotels in Savannah, check out The Confederate House, the 3-star hotel with rates starting at 205US$. Springhill Suites Savannah I-95 South is an affordable 3-star hotel offering an indoor swimming pool, a golf course and tubing and it will place you within 15 minutes' walk of Coastal Georgia Botanical Gardens.

For those who would like to stay in a centrally situated area of Savannah, look for a hotel such as Doubletree By Hilton Savannah Historic District with room rates from 193US$. Visitors who are interested in American food are recommended to book Tryp By Wyndham Savannah in the center near Kitchen 320 restaurant. Situated in Pooler district, Country Inn & Suites By Radisson, Savannah Airport, Ga offers an indoor swimming pool, a Jacuzzi and tubing.

Consider staying in a hotel near Liberty Square, such as Quality Inn Savannah Historic District, which comes at 183US$ per night. If you're traveling to Savannah to visit Ralph Mark Gilbert Civil Rights Museum, there are 30 good hotels close by, such as The Cotton Sail Hotel Savannah, Tapestry Collection By Hilton and The Marshall House.

Luxury and boutique accommodation in Savannah

Kimpton Brice Hotel and The Dulinn On York are both well-visited luxury hotels in Savannah. Hyatt Regency Savannah is a chic 4-star boutique hotel that is only a 10-minute walk from the center. If these hotels aren't what you're looking for, try Days Inn Savannah - Abercorn Southside or Days Inn By Wyndham Savannah Airport to benefit from reliable service and be close to The Church of Jesus Christ of Latter-day Saints.

Oglethorpe Manor Main House is a standard B&B that is a 15-minute walk from Ralph Gilbert Mark Civil Rghts. If you're traveling with kids and want to select from hotels near Pooler Recreation Building, the most suggested options will be La Quinta Inn & Suites Savannah Airport - Pooler and Holiday Inn Express Historic District. Baymont By Wyndham Savannah South is a popular resort that also offers an outdoor swimming pool, a golf course and a Jacuzzi, so you and your entire family can relax after a day exploring Savannah.

Savannah is a city resistant to change.

This remains constant since 1743 when it was first put on the map by its founder General James Oglethorpe. Before he set sail for a trip to England, the general uttered ''Don't change a thing until I get back", no-one ever saw him again, but Savannah stuck to his instructions.

Savannah's origins are preserved in its old buildings and natural beauty regardless of the pressure of shops, restaurants and hotels. Booked.net can help you to stay there in comforts from a cheap hotel in Savannah or one abundant with luxuries.

At Booked.net you can browse them by location or price, because all hotels are offered with maps, photos and secure forms to complete your booking.

James Oglethorpe gave a rise to a blend of English settlers to the area of Savannah. The so-called ''Father of the land'' arrived in the company of 120 colonists to establish the last of the British colonies. Thus, Savannah started as the 13th British colony. With a gradual growth mainly as a port city, Savannah enticed more settlers from England who arrived accompanied by French Huguenots, Germans, Austrian Salzburgers, Italians, Swiss and on.

Built on ''white gold''. Those light cotton T-shirts that become flocky after the first wash originate here in Savannah – a city thriving on cotton.

In 1793 Eli Whitney of Connecticut, a worker from a plantation, invented a mechanism of ginning seeds from cotton bolls. Manufactured in Savannah, cotton encouraged women of fashion throughout the word. But initially all prices on materials were set here in Savannah.

With the turn of 20th century Paris and London eclipsed the development of Savannah as a fashion legislator, mainly due to the fact the economy of Savannah collapsed with the decline of cotton market. The best of past prosperity you can trace in today's architecture in Savannah. Attractions include;

- River Street, a cobbled street along the south bank of the Savannah River

- Forsyth Park, the large public park and a place for strolls

- Lucas Theatre, a location for a number of events including the Savannah Film Festival

The annual film festival is not the only time cinematography visits in Savannah. This city was the location for the Clint Eastwood directed film Midnight in the Garden of Good and Evil.

Your stay in Savannah will be something special if you consult Booked.net – a website allowing you to complete reliable bookings.