Search among 1 available hotel with Airport Shuttle from 50+ providers 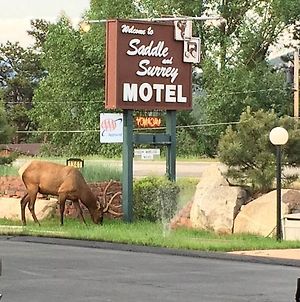 Where to stay in Estes Park?

To enjoy Estes Park without a car book a hotel like The Historic Crags Lodge, an suburban venue in the heart of the highly walkable downtown. In addition, there is The Stanley Hotel in the heart of Estes Park, that offers a golf course, a Jacuzzi and a patio.

Consider staying at The Haber Motel, where you'll be within 5 minutes' walking distance of Bear Necessities & Cubs. Think about Romantic Riversong Bed & Breakfast Inn and Brynwood On The River in case you wish to stay near Backbone Adventures.

Those who are looking for cozy apartments in Estes Park should check out Big Thompson River Loft - another good option near Bear Necessities & Cubs. We have great B&B accommodation options, such as Serenity 3 Bedroom Condo with a room rate from 279US$. For business purposes, you might like to stay at Baldpate Inn that offers free self-parking and a patio. The Ridgeline Hotel Estes Park is a great resort for travelers to Estes Park who would like to spend their vacation relaxing with a picnic area, a golf course and a patio.

ESTES PARK is a firm favorite of the silver screen.

When it comes to public recognition, Estes Park doesn't demand an introduction. The city has been already known from Stephen King's novel The Shining brouht to the screen by film director Stanley Kubrick in 1980. The scene of the action is the Stanley Hotel that inspired Stephen King to write a novel on his visit to Estes Park.

Whether you prefer to follow the story and stay in this legendary hotel or somewhere else, there is abundance of choices at Booked.net. Be it a room in cheap hotel in Estes Park to a stay in the lap of luxury, all are available with maps, photos and secure forms at our website.

From the very early years there wasn't much indication of the future fame of Estes Park. The only notable thing about this place was its beautiful scenery. This attracted many American Indians to the area for its fertile soil and excellent hunting grounds. The things changed when F O Stanley developed the real potential of this land.

Starting with cattle and farming in early times, Estes Park began to grow with residents and soon Stanley became a pioneer of the hotel business, building the famous Stanley Hotel in the area in 1909. But this is not all about Estes Park, it is still growing with permanent residents and tourists en-route to nearby Rocky Mountain National Park.

Both Estes Park and Rocky Mountain National Park are firmly grounded in the heritage of the Native American Indian tribes. There you are able to find various historic relics like teepee rings and poles and some sacred places where American Indians held ceremonies. Even though Estes Park embraces its setting on the doorstep of the most famous national park in Colorado yet it has a tight package of its own sites.

But these are only part of the fun available in Estes Park. The city is at the gateway to many favorites from the outdoors to food such as the special local sweets and more filling buffalo burgers – a healthy alternative to traditional American foods. As you are in Estes Parks, you should profit from its green environment with a large number of parks surrounding Lake Estes where you can spend the afternoon walking its trails.

From natural environment to cultivated Estes Park, there is always a hotel for you at Booked.net.