Search among 10 available hotels with Airport Shuttle from 50+ providers 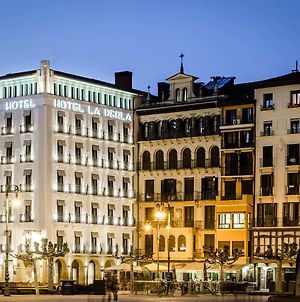 Gran Hotel La PerlaHotel
View on map800 yd from City Center200 yd from Pamplona Town Hall
Located within 0.2 miles from Monument to the Fueros, this hotel features an a la carte restaurant and cooked-to-order breakfast.
9.2
Perfect102102 reviews
From   US$ 162 /nightSelect
Not available 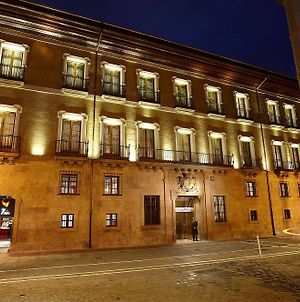 Palacio GuendulainHotel
View on map600 yd from City Center300 yd from Pamplona Town Hall
Thanks to its central location, the property is within 5 minutes' walk of Town Hall and there is a railroad station near the hotel.
9.4
Perfect213213 reviews
From   US$ 62 /nightSelect
Not available 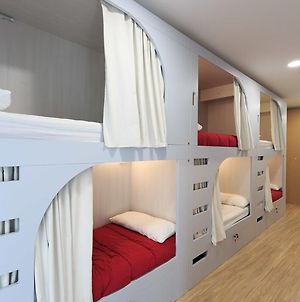 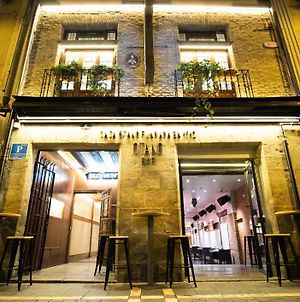 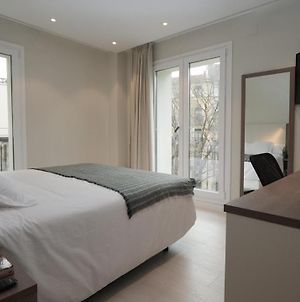 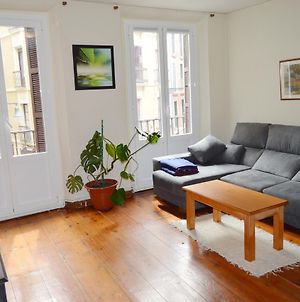 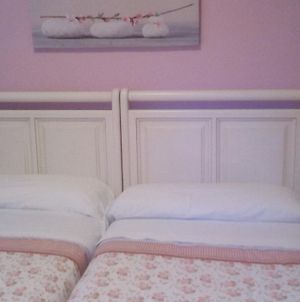 Pension Room PamplonaBed & Breakfast
1700 yd from City Center200 yd from University Hospital
While staying in the hotel you are invited to discover Museum of Navarra, set in 2 miles away, or Plaza de Toros de Pamplona, which is within 2 miles away.
8.2
Great3131 reviews
From   US$ 41 /nightSelect
Not available 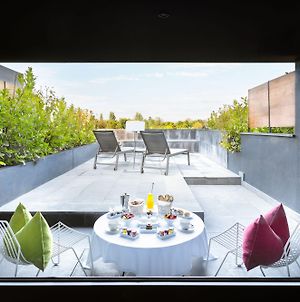 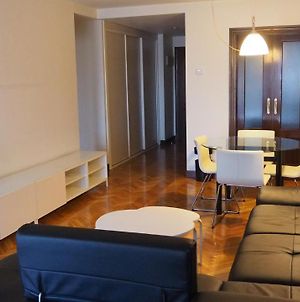 Alojamientos MendebaldeaApartment
The largest option:
9 adults
4 bedrooms
5 beds
1.2 mi from City Center500 yd from Planetario de Pamplona
The apartment is composed of 2 bedrooms, an private bathroom and a fully furnished kitchen, within 25 minutes' walk away from Fortín de San Bartolomé.
From   US$ 144 /nightSelect
Not available 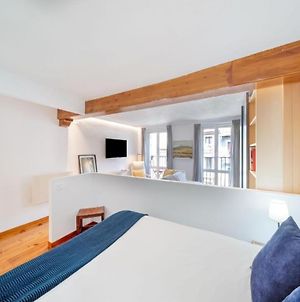 Apartamento MercaderesApartment
The largest option:
3 adults
1 bedroom
2 beds
800 yd from City Center200 yd from Pamplona Town Hall
The apartment is located 13 miles from Bodega de Sarria and comes with a fully furnished kitchen and an private bathroom.
From   US$ 135 /nightSelect
Not available
Saved
Save

Where to stay in Pamplona?

For budget-conscious travelers, Pamplona offers 13 affordable hotels, such as Hotel Avenida, which is about 0.4 miles from the center. If you are hoping to learn more about Pamplona's interesting tourist places, select an affordable Hotel Agustinos near a cathedral and a church. Hostal Acella and Suites Mirasierra offer affordable apartment rates in the heart of Ermitagaña district.

Pamplona Plaza is an elegant hotel that will put you less than a 10-minute walk from Pamplona railroad station.

For those wishing to immerse themselves in Pamplona's key tourist attractions, Castillo De Javier and El Camino Urban Rooms in downtown are ideal choices. Another good option is Aloha Hostel, which is also just 10 minutes' walk from the heart of the city.

Choose a hotel next to Palacio Arzobispal, such as Hotel Pompaelo Plaza Del Ayuntamiento & Spa and Sercotel Leyre situated a 10-minute walk away. If you're planning to visit Cines Golem Baiona, book a room at Sancho Ramirez or Blanca De Navarra, with room rates from 95US$ per night.

Luxury and boutique accommodation in Pamplona

Nh Pamplona Iruna Park will meet the requirements of those travelers who are after a luxury hotel near Cines Golem Baiona. For travelers searching for a boutique hotel, choose Puerta Del Camino in Pamplona City Centre district. Ac Ciudad De Pamplona is a 4-star chain hotel with city views, alongside it offers a sauna and a golf course.

If you're visiting Pamplona with your family, select a cozy apartment in the city center, such as Hostal Navarra. Those who are seeking comfy B&Bs can stop by Real and General Archive of Navarra, where they will find Residencia Universitaria Los Abedules with table tennis, billiards and ping pong. Pick Pamplona Villava with its family rooms and short walking distance to Avenida de Carlos III. Arriazu Hostal is a resort hotel placed 5 minutes' walk from the downtown of Pamplona and near Parroquia de San Juan Bosco.

Pamplona is the capital city in the middle of Navarre, Spain. It lies in the Cuenca de Pamplona valley, just an hour drive to San Sebastián and a few hours train trip to Madrid. The city has become popular due to the San Fermín festival, mentioned in the ‘Sun Also Rises’ written by Ernest Hemingway. Pamplona has a significant cultural heritage, numerous parks and green areas. Taconera park belongs to the oldest in the city, established in the 17th century. A few buildings remained in Pamplona dating back to medieval times. The city has a number of old nice quarters which contribute to the charming atmosphere of this Spanish city.

Pamplona hotels are numerous. To make the right choice, search for Pamplona hotels on Booked.net. On the website you will find a range of hotels to meet your budget and preferences.

There are lots of interesting sights to see while in Halifax. The most visited tourist attractions include:

- Royal Palace of Olite erected on the ruins of the ancient Roman Praesidium of Oligitum. The palace used to be the residence of the Navarran kings.

- Saint Sernin erected in the 13th century, it is one of the largest Gothic churches in the city. Another one of this kind is Saint Nicholas dating back to the same period.

- Saint Dominic, a Gothic church constructed in the 16th century.

- Saint Peter palace a former house for Navarrese kings and Pamplonese bishops, as well as the military governors of Navarre.

For a nice promenade, make it to Taconera park lined with parterres and sculptures. Another optio is the Media Luna park, in the northern part of the town. Yamaguchi park is renowned for a Japanese garden. Some nice medieval bridges worth seeing include Santa Engracia, Miluce, and San Pedro. There are some outstanding Baroque-style buildings in Pamplona, such as Palace of Navarre, town hall, Episcopal palace and the Baptist seminary. Castillo square is a nice place for a stroll, as well as shopping and dining. Built in 1847, this area of Pamplona is famous for narrow old streets extending outwards from the square. Calle Estafeta located nearby is the spot for bulls running during San Fermín festival.

Booked.net will assist you in finding the best Pamplona hotel to meet your expectations. Please have a look at Pamplona hotels for full information, photos and guests’ reviews.